National Day of the American Cowboy 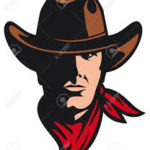 Washington, D.C. – The U.S. Senate unanimously passed a bipartisan resolution declaring July 25, 2020, as the National Day of the American Cowboy.

Enzi issues a press release in which he said “We look to cowboys as role models for how to live up to some of the best American qualities. I’m proud to keep this tradition and lead this resolution that resonates with our Cowboy State.”

Former U.S. Senator Craig Thomas, R-Wyo., started the tradition of introducing this resolution in 2005. Every year since, the U.S. Senate has passed this resolution, which typically coincides with Cheyenne Frontier Days.

According to the resolution, “The cowboy embodies honesty, integrity, courage, compassion, respect, a strong work ethic, and patriotism,” and the cowboy archetype “transcends ethnicity, gender, geographic boundaries, and political affiliations.”