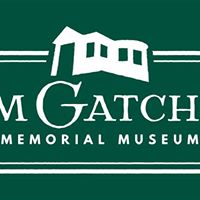 The Jim Gatchell Museum has announced the final total in its fundraising effort to “match” a $30K pledge from an anonymous donor.

Late last year, an unnamed donor offered up the $30 grand and would match dollar for dollar contributions from the local community.

According to Director Sylvia Bruner, the museum had received more than $17K by the end of the calendar year.

But, the local contributions kept coming during the new year!

As a result of the community’s generosity, the donor agreed to provide the full $30K to the museum after all.

Bruner reports that more than 70 individuals participated in the matching effort that began in late November.