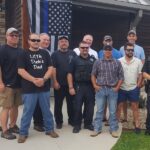 There were no shouts of “defunding the police”.

There was, however, a show of support and appreciation for law enforcement officers in Buffalo and Johnson County during yesterday’s BBQ for Blues” event at Crazy Woman Square. 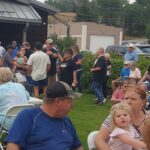 A large number of local residents turned out for the event to back the men and women who stand along the proverbial thin blue line.

Sponsored by the 4th On Main Restaurant and the Buffalo Chamber of Commerce, the event included music, food, root beer floats, and a dunk tank. 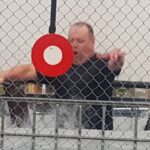 Proceeds went to support the Blue Santa Program that assists families in need each holiday season.