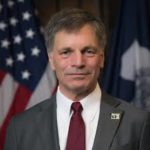 This comes after revenue projections showed an almost $1 billion shortfall for the general fund and another $500 million for school funding.

The budget reductions will include state employees losing their jobs, as well as mandatory furloughs, a reduction in major maintenance spending and the consolidation of human resources personnel across state agencies.

The Governor approved 10% cuts for most state agencies, boards and commissions.

The Department of Health, with the state’s largest budget, will see a 9% cut totaling approximately $90 million.

He stressed that the impacts of the budget cuts will be felt outside of state government as well.

The budget cuts include significant general fund dollars that enter the private sector in the form of contracts, and also mean some services available to the state’s seniors, disabled and low-income residents won’t be available or will be reduced.

The budget cuts still leave a forecasted budget shortfall of more than $600 million.

The Governor has directed agencies to prepare preliminary proposals to cut an additional 10% from their budgets and submit those concepts to him.

He has previously stated that he will be considering a range of options to fund an appropriate level of government services, since merely cutting services will not be enough to address the scope of the shortfall.