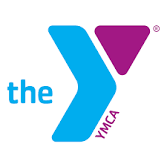 Mike Quast, Executive Director of the Johnson County Family YMCA has announced his resignation, having accepted a similar position with a YMCA in Aberdeen, South Dakota.

Quast has served as the executive director for the local YMCA for the past 8 ½ years and expressed appreciation for the opportunity he’s had to serve the Johnson County area.

For most of the past two years, Quast has worked hard to secure a new or remodeled facility due to the aging of the current building that is more than 40 years old.

Quast announced that his last day at the Johnson County facility will be Friday, July 7th.