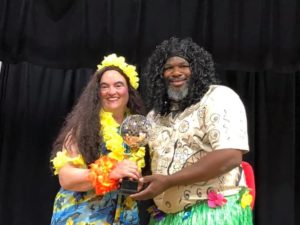 To borrow a phrase from  local musician Lynne Young, it was more than “dancing” on Saturday at the Bomber Mountain Civic Center.

Young was one of the three judges for the 4th annual “Dancing with the Stars” event and it was more about fun and laughter as funds were raised for the fight against cancer.

Mayor Schrader had this to say about the event…

Also included in the event were several local restaurants who served up a mouthwatering “Taste of Johnson County”.