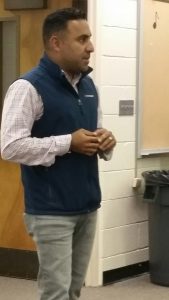 Clearly, their focus was on workforce development and the need to diversify the state’s economy.

Much of what was discussed during the two days of meetings in Sheridan last week centered on prioritizing Wyoming’s youth and their ability to find a solid place in the global market.

According to Gopal’s presentation, his company is investing ¾ of a million dollars into the project, approximately 30 percent of the funds needed to make the opportunity a reality.

Gopal will be presenting to Governor Mead and the ENDOW Council later this week in Jackson.