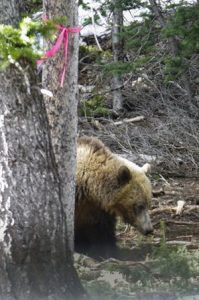 For the second year in a row, the Wyoming Legislature passed the legislation in response to the estimated population of 700 grizzlies in the Greater Yellowstone.

A year ago, a federal judge in Montana blocked the state’s plans for authorizing a grizzly bear hunt by reinstating legal protections for bears living in and around Yellowstone National Park.

Opponents to hunting the bears argued they are a key component of the ecosystem and a major tour attraction.

Legislators, in passing the law, believe the grizzly population has more than recovered from near extinction in the area 16 years ago.