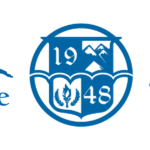 An effort is underway to separate Gillette College from the Northwest Community College District (NWCCD).

The plan for separation is now being considered by the Wyoming Community College Commission.

Gillette College was established in 1969 as part of the NWCCD based in Sheridan.

The Gillette community has literally no representation on the Board of Trustees as all trustees come from Sheridan County.

The effort to separate Gillette College apparently arouse from the decision this summer to end the soccer and basketball programs at both campuses.

A $2.8 million cut by NWCCD ended the soccer and basketball programs for the district and more than 70 people attended a Campbell County Commissioner meeting in late June to advocate for continuing the athletic program at Gillette College.

Rodeo will continue at both Gillette and Sheridan College campuses.

The NWCCD failed to consider the college’s request to fund the sports program in Gillette.

The Wyoming Community College Commission has 90 days to consider making Gillette a separate college.  It would then go to the Wyoming Legislature and if passed, would then be considered by the voters in Campbell County.