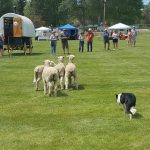 It was another successful community experience provided by Buffalo Events, LLC. 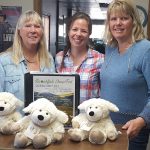 The “Baaahfulo Sheep Fest” was held in Prosinski Park on Saturday and drew a curious crowd of local citizens and tourists visiting the area.

The curiosity was evident at the outset of the event as the crowd gathered along Main Street just before noon for the “running of the sheep”.   Actually, it was more of a deliberate pace that was managed by three sheep dogs, Tony, Kurt, and Jet.

Clearly, watching the dogs work the small herd was one of the highlights of the day.

The owner of the herd and the dogs was Wendy Auzqui who had this to say about how well Tony, Kurt and Jet did their job…

Auzqui provided opportunities for the two dogs to demonstrate their skills several times in Prosinski Park during the afternoon.

More than 30 food, beverage, and artistic vendors were assembled in the baseball park and those in attendance enjoyed music by the Fireants and spinning demonstrations by Mountain Meadow Wool. 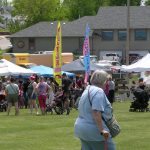 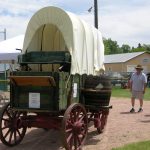 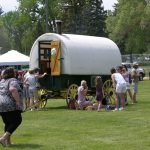 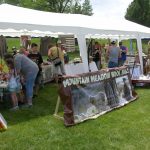 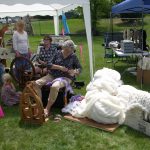 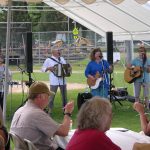 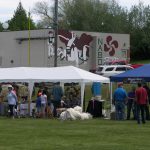 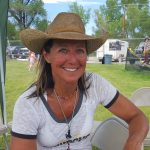