Nonviolent Crimes: Is The Answer Incarceration or Treatment? 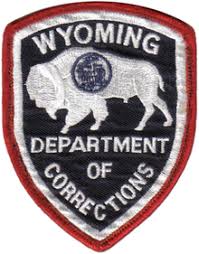 Wyoming’s crime rate, according to the ACLU, is more than 20% below the national average.

However, in a recent article written by the ACLU’s Sabrina King, there are more people behind bars or under the supervision of the criminal justice system in the state and live in the city of Jackson.

She went on to report that more than a million people are serving time in the state prison system for “nonviolent” crimes.

In an interview with Big Horn Mountain Radio on Tuesday, State Representative Bo Biteman justified his decision to vote “no” as a member of the Joint Judiciary Committee to a draft bill that would make it a felony to possess more than 3 ounces of edible marijuana.

While the draft bill passed the committee, Biteman sees the answer to nonviolent drug offenses in treatment and not incarceration…

It is estimated that Wyoming taxpayers are paying more than $50K per year to house inmates in the state’s correction system.