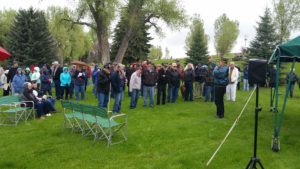 Despite a steady, falling rain, more than a hundred local citizens gathered in Willow Grove Cemetery to honor those who fought for the nation throughout history to preserve the freedoms that Americans enjoy.

While the services at the Veterans’ Memorial were cancelled due to the weather, the Memorial Day observance included a welcome by American Legion Commander Don Sillivan, the reading of Logan’s Orders by VFW Commander John Zorbas, the reciting of Flanders Field by Emily Todd, and the keynote address by Mayor Shane Schrader… 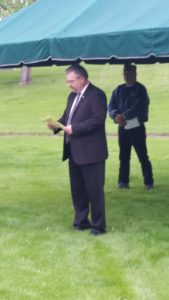 A prayer by Father Doug Wasinger with St. Luke’s Episcopal Church was followed by the Pledge of Allegiance.

The program ended with a 21-gun salute and the playing of Taps. 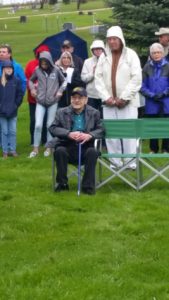