On Monday, Big Horn Mountain Radio reported on the Johnson County Republican meeting and we’d like to provide a clarification to the news report. 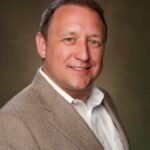 According to Bill Novotny he did not vote, nor use the proxy vote, to overturn the county party’s vote to censure Congresswoman Cheney.  Rather, he voted against the censure resolution that was presented at the State Central Committee meeting. 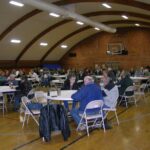 The meeting lasted more than 3 hours and led to two prominent county Republicans being replaced as representatives to the state’s GOP organization.

During a state GOP meeting last month, Bill Novotny, serving as the county’s State Committeeman, used his vote and the proxy vote from Marilyn Connolly to overturn the county’s party vote to censure WY Congresswoman Cheney.

In a new vote taken on Saturday, former District 40 State Representative Richard Tass was elected to replace Novotny as the county’s State Committeeman.

Novotny was also nominated but declined to accept the nomination.

Connolly also declined her nomination to again serve as the county’s State Committeewoman but did address the party, attempting to mend any hard feelings over the censure issues… 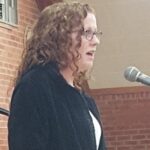 Her replacement, Cara Peterson, is a newcomer to the political scene and had this to say prior to her unanimous selection…

While many in attendance on Saturday were angry with Novotny and Connolly for their dissenting votes in the Cheney censure, their service as County Commissioner and the County’s Emergency Management Coordinator respectively were applauded.