CHEYENNE, Wyo. (AP) — A Wyoming environmental review panel lacked authority to reject a permit for a proposed coal mine, a judge has ruled.

Under federal law, only the director of the Department of Environmental Quality can decide whether to issue a permit for Ramaco Carbon’s Brook Mine, Laramie County District Judge Catherine Rogers ruled Friday.

The company wants to open the mine to get coal to research carbon-based products.

The state Environmental Quality Council rejected a permit in 2017 amid concerns about potential subsidence and groundwater problems and blasting, prompting Ramaco to appeal.

The company first applied for a mining permit in 2014. The council, a panel of citizens appointed by the governor, reviewed Ramaco’s application, received public comments and held public hearings before voting 4-1 to deny the permit.

The department will now need to consider either its original application or a revised one, Ramaco attorney Tom Sansonetti told Wyoming Public Radio .

The department is reviewing the ruling and expects to work with others to see if they will appeal, department spokesman Keith Guille said Wednesday.

The Powder River Basin Resource Council, a northeastern Wyoming landowner advocacy group, sided with the Environmental Quality Council in the case. The resource council hasn’t decided yet whether it will appeal, an attorney for the group, Shannon Anderson, said. 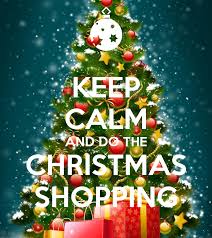 County/City Funding May Be Attractive Target When WY Legislature Convenes

Habitat for Humanity of Johnson County has a house for sale.