Posted On February 29, 2016In Sports
0 likes26 views1 min
The seeds are set for the 2016 4a Eastern Regional tournament, and after the tie breakers were decided, your Sheridan Broncs and Lady Broncs both earned a third place seed and both will play Laramie.  Your Sheridan Lady Broncs will face the Laramie Lady Plainsmen, Thursday at 7 pm at Storey Gym in Cheyenne.  Sheridan swept the season series, their last meeting was February 20th and Sheridan won 54 to 43.
Your Sheridan Broncs also face Laramie on Thursday, they will tip off at 8:30 pm from Storey Gym in Cheyenne. Sheridan and Laramie split the season series each winning on their home floors.  Both games are loser out games, if the Lady Broncs or Broncs lose, there season will end.  If the Lady Broncs win, they will face East, Friday at 4 pm, if the Broncs win they will face Gillette, Friday at 5:30 pm.  All games will be broadcast on 98.3 The Peak, or listen online http://www.network1sports.com/station/kzzs
Share on Facebook Share
Sports
0 Facebook Twitter 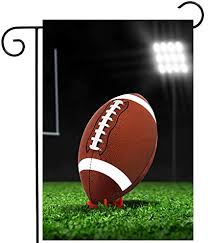