Wyoming Water Supply Outlook for Bighorn Mountains — “Not Too Bad”

With winter coming to an end in the coming months, snowpack across the Bighorn Mountains is looking fairly normal, according to the NOAA National Weather Service (NWS) in Riverton.

The NWS released the Wyoming Water Supply Outlook for February, which forecasts the predicted amount of water that areas around the state will see in main water sources after the spring melt-off of mountain snowpacks.

Jim Fahey, Wyoming’s NOAA hydrologist, said that with the dry part of the year coming up, things are “not too bad.”

Fahey added that even if the area doesn’t receive the normal spring moisture, with recent high-moisture years, things are expected to be relatively normal.

The NWS released the following graphic and statement with the Wyoming Water Supply Outlook: 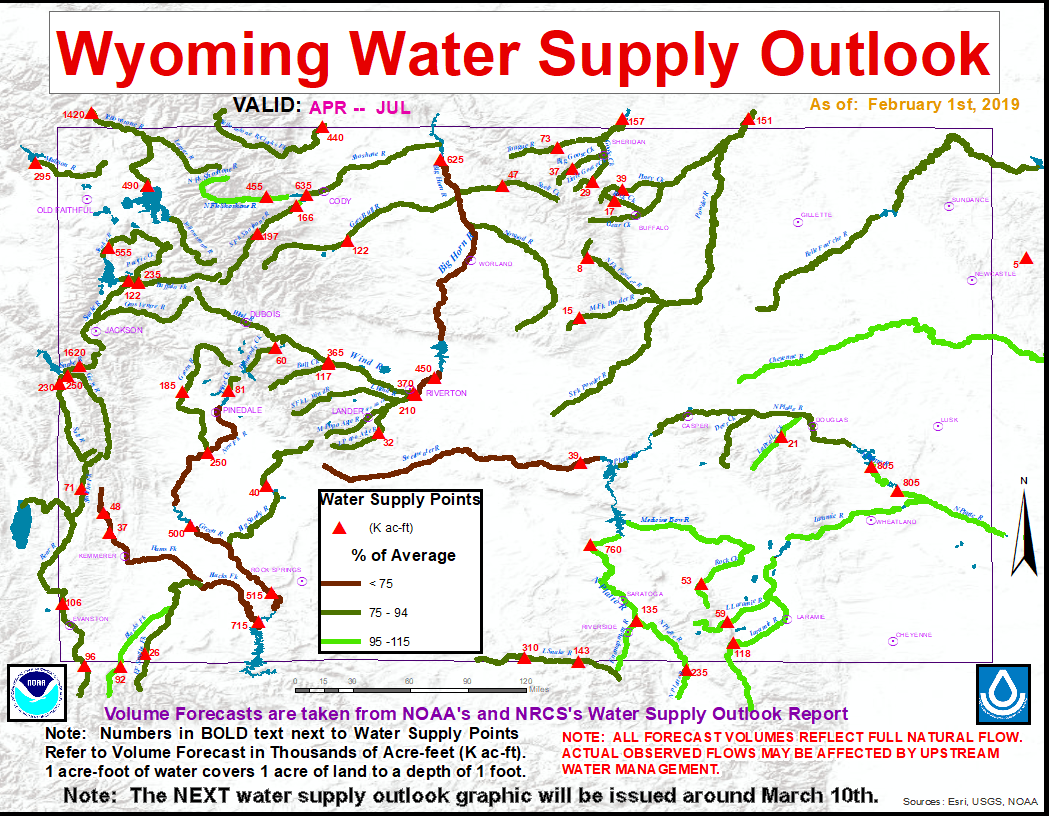 Wyoming reservoirs are averaging 70 to 75 percent of capacity in early February. Reservoirs storages across Wyoming remain above average at 105 to 115 percent for February.