WY Preparing For Phase One of “Opening Up America Again” 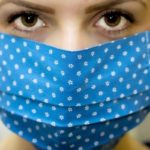 Governor Mark Gordon announced on Friday that his administration is developing a plan for that the first transition phase as announced by President Trump last week.

According to the Governor, Wyoming’s existing statewide orders are consistent with “Phase One” of President Trump’s Guidelines for Opening Up America Again, and will remain in place until April 30.

Governor Gordon acknowledged that there remain serious shortages of personal protective equipment (PPE) and testing supplies around the state.

In light of the Governor’s announcement, Sheridan County plans to reopen the courthouse on May 1st.

Other re-openings will be evaluated on how the county handles the COVID-19 pandemic in the remaining days of April.

The courthouse has been closed since March 19th.

No announcement has been made regarding the Johnson County Courthouse and operations, but the County Commission will be meeting tomorrow and a transition plan may be announced at that time.