Woman Falls To Her Death At Steamboat Point 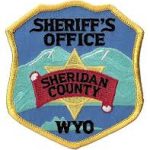 On June 15, 2021, at approximately 5:50 AM, the Sheridan County Sheriff’s Office received a report of a female in her late 20’s who had fallen off of Steamboat Point. The reporting party was unsure where the female was located, and due to poor cellphone service, the exact location of the victim was unknown at the time of the 911 call.

At approximately 7:15 AM, the female victim was located, deceased, at the base of the southwest side of Steamboat Point. Life flight was cancelled and personnel from the Bighorn National Forest Service arrived to assist the above agencies with the body recovery.

It is unknown how the female fell and the incident is being investigated by the Sheridan County Sheriff’s Office with the assistance from Wyoming Highway Patrol and Bighorn National Forest Service. The female victim’s name will not be released at this time.