Sheridan Police Department to Have ½ Mile Jurisdiction Outside City Limits

Sheridan Police Officers will now have the authority to enforce state statutes one-half mile outside of their jurisdiction within the city of Sheridan.

Police Chief Richard Adriaens and Sheriff Allen Thompson approached the Sheridan City Council with the memorandum of understanding (MOU), which would allow city officers to enforce state statutes only outside of city limits.

Sheriff Thompson added that the MOU is mostly designed to speed up the process for everyone involved.

Adriaens said that the MOU would alleviate complexities that officers face when they have to travel outside the city limits. Adriaens also wanted to clarify that the officers would be able to enforce state statutes only, and no city laws would be enforced within the half-mile “donut” around Sheridan. 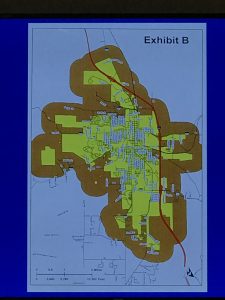 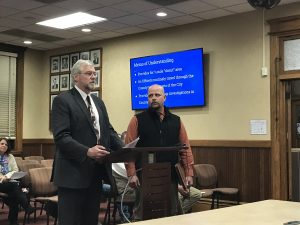