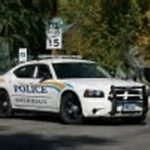 Sergeants James Hill and Danny Keller will be promoted to the rank of lieutenant.

Upon promotion, Sergeant Hill will assume command of the Support Services

Bureau and Sergeant Keller will assume command of the Patrol Bureau.

command of a patrol team.

leadership responsibilities on one of four patrol teams.

A promotion ceremony will take place in the City Council Chambers at 3:00 pm on Friday.