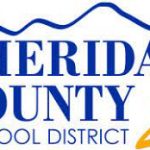 The district has selected Michael Carnes as Sheridan High School’s next principal. Since 2013, Carnes has served as principal at Middletown Area High School in Middletown, Pennsylvania, where he led a campus of 650 students and approximately 100 staff members.

Among his many accomplishments is working with administrators to improve curricular offerings in Middletown, such as increasing the number of AP and Accelerated courses and tailoring staff development based on individual teacher needs.

Carnes holds a Masters degree in Education, with a concentration in school counseling, from Millersville University and a Master of Science Degree from Wilkes University.

He is expecting to complete his Doctor of Education this spring from Millersville University, with an investigation of high school graduates’ experiences in a career pathways model.

“We are more than excited to bring Mike Carnes on board,” said SCSD2 Assistant Superintendent Scott Stults. “He is a wealth of knowledge, with a strong background in counseling and student support. Our interview team was truly impressed by his presence and his expertise as a school leader.”

Christy Spielman, currently principal at Meadowlark Elementary, will take the reigns at Sheridan Junior High School this summer. Spielman has worked in SCSD2 for a total of nine years as a classroom teacher, instructional coach, and building principal.

Prior to joining the ranks in SCSD2, Spielman taught at the elementary level in Colorado and Oregon for six years.

Spielman holds Bachelors and Masters degrees in Education from the University of Portland and earned her principal endorsement through Lamar University. During her undergraduate years, Spielman garnered accolades as a NCAA Division 1 varsity volleyball player while also earning repeated Dean’s list honors.

In addition to her leadership roles, Spielman has coached youth sports for years and currently serves as the assistant girls basketball coach at Sheridan High School.

“Christy Spielman is a true education practitioner,” said Stults. “And along with her vast training and knowledge, she has outstanding people and leadership skills. Christy has proven over the years that she is a visionary, hard working leader. She will be a great fit in her transition to SJHS.”

Spielman replaces outgoing SJHS principal Rebecca Adsit, who will be moving into an assistant superintendent role with SCSD2 starting this summer.