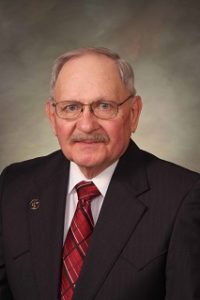 Nearly everyone expects huge cuts in school funding to be implemented in the year 2018-2019.

Most educators have found ways to operate in the coming year, but it’s the next year that looks troubling.

The process begins next month with a meeting of the recalibration team that will be staring at a 25% deficit in the current school funding model.

One of the obstacles, according to State Representative Mike Madden is the how the state’s Supreme Court has mandated school funding…

In Wyoming, the process begins with local communities’ attempting to raise school funding with the state filling in the difference.

According to Madden, those gaps can be vastly different between communities…

He points out that Big Horn County with roughly the same population as Johnson County, maintains 4 separate school districts with smaller schools and separate administrative staffing.

That kind of disparity is facing the recalibration team in its attempt to find answers to the funding shortage facing the legislature in next year’s budget session.