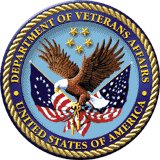 Late last week, a Uinta County Republican Chairman walked into a meeting of the legislature’s Joint Revenue Committee in Lander, packing a holstered pistol on his hip.

Karl Allred’s opposition to a potential corporate income tax was somehow lost in comparison to his exchange with Senator Cale Case on his pistol packin’ rights who owns the Inn at Lander where the meeting took place.

Perhaps the concern over openly carrying a firearm stems from the number of mass shooting occurring across the nation during the past two decades.

Of course, the primary reason for the Joint Revenue Committee’s meeting was to renew dialogue over proposals to raise taxes in a number of areas, from the corporate income tax to taxes on gasoline and the National Retail Fairness Act that failed to pass in the last legislative session.

Two tax-related ideas that will not be considered in the next session is a lodging tax and a personal income tax.