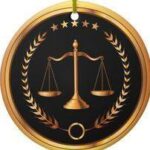 In other court news, rarely has there been an active Political Action Committee or a “PAC” active in Johnson County.

However, there is one currently active during this election year involving 4th Judicial District Judge William Edelman.

District Court judges are placed on the November ballot every 6 years for retention or removal and Edelman’s tenure as the 4th District Judge is on this year’s ballot.

A Facebook page has been established in an effort to have him removed through the election balloting process.

“Committee for Judicial Competency” accuses Edelman of failing to provide timely rulings involving juvenile placements in foster care, suggesting the need for permanent assignments are necessary and not occurring in most cases.

For a judge to be removed, the majority of voters in the district must cast a “no” vote in the November election.

Since Judge Edelman serves both Johnson and Sheridan Counties, the removal must be supported in both counties.