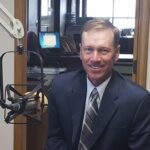 Wyoming now ranks first in the nation in the number of suicides per capita and it was surprising to see a suicide prevention bill be defeated in the Wyoming State Legislature last week.

House bill 62 was put to rest on a vote of 26 to 34 and according to District 40 State Representative Barry Crago, it all came down to the issue of mandating suicide prevention training in public schools…

Crago actually voted in favor of the bill, but even in defeat, he believes most schools are already providing a level of training in suicide prevention…

Two other pieces of legislation passed in the House of Representatives that would appear to respond to the mental health issues impacting the suicide issue.

HB3 would relax the certification requirements for someone to work in the field though not yet certified in addiction therapy but having already earned a bachelor’s degree in a “human behavioral discipline”.

Should either bill pass the Senate, there would be more “boots on the ground” in the mental health field and would indirectly assist in suicide prevention efforts across the state.