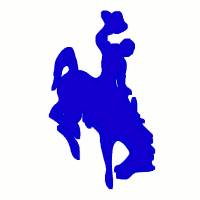 After a lengthy 4-hour mediation on last April 7th, an agreement was reached between the school district and the community.

According to Jason Moss, the new Kaycee principal, things appear to working well so far in this new school year…

One of the benefits to sharing teachers with Buffalo High School has been the opportunity for Kaycee students to earn college credits through classes offered by Walter Farwell.

Moss praised the community and expressed hope that the next round of cuts don’t impact the Kaycee staff once again.