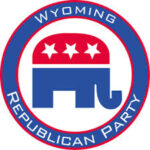 That vote was later struck down in a state GOP meeting in Rawlins when Johnson County Commissioner Bill Novotny voted in opposition to the county’s censure vote.

The Cheney censure will once again be on the agenda as the Johnson County GOP will meet again on March 6th.

The election of officers and precinct committeepersons from the January meeting were not accepted and the election will be conducted a second time.

The meeting will be held in the large gymnasium at the Bomber Mountain Civic Center at 9am.