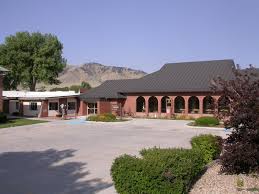 The Wyoming House of Representatives will tackle the controversial issue of where to locate the state’s skilled nursing facility for veterans.

He also reported a potential savings in construction of nearly $2 million if the facility was built in Buffalo rather than Casper.

Johnson, with 43 years in the medical profession, has been a proponent for bringing more jobs to the area and sees locating the facility in Buffalo as a win-win for the community as well as the veterans who would be served.