Warning: count(): Parameter must be an array or an object that implements Countable in /home/j0084qr4e756/public_html/wp-includes/post-template.php on line 310

Funeral services for Homer Ramey, 85 year old Buffalo man who passed away Monday morning at the Amie Holt Care Center in Buffalo, will be held Thursday, August 17th at 10:00 a.m. from the Harness Funeral Home Chapel in Buffalo with Pastor Scott Thompson officiating.  Interment will be in Willow Grove Cemetery with the American Legion and VFW in charge of military graveside rites. Donations in Mr. Ramey’s memory may be made to the St. Francis Animal Shelter in care of the Harness Funeral Home at 351 N. Adams in Buffalo.  Online condolences may be made at www.harnessfuneralhome.com

Homer William Ramey was born on July 9, 1932 in Chillicothe, Ohio to William and Pearle Ramey.  He attended grade school in Chillicothe and later graduated from Richmondale High School in Richmondale, Ohio.  After high school he enlisted in the U.S. Air Force where he became an Air Policeman, serving in the States and in French Morocco, North Africa and for a short time in Germany.  After receiving an honorable discharge from the military Homer worked as an insurance salesman and a plant guard for the Goodyear Atomic Plant in Waverly, Ohio.  He was married on January 1, 1955 and shortly thereafter he and his wife moved to Columbus, Ohio where he enrolled at an electronics school.  After graduation the couple had a son and moved to Denver, Colorado where Homer worked installing radios in small civilian aircraft at Stapleton Airport.  He later worked as an electrical engineer on the Titan Missile for the Martin Company.  In 1963 they moved to Colorado Springs with their son and new daughter and Homer worked for Kaman Instrumentation Company.  In 1997 they moved to Buffalo, Wyoming where they lived until his death.  Homer enjoyed target shooting, fishing and was a member of the New Life Assembly of God Church in Buffalo.

He is survived by his wife of 62 years; one daughter; one son; five grandchildren and three great-grandchildren.  He was preceded in death by his parents, three brothers and two sisters. 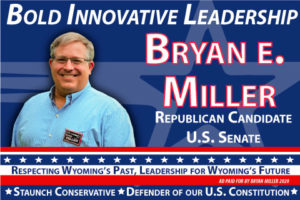