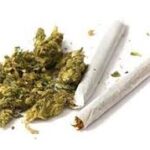 A bill to legalize Marijuana is alive in the Wyoming House of Representatives after a 6-3 vote in the House Judiciary Committee.

District 40 State Representative Barry Crago serves on the House Judiciary Committee and voted against HB209 as it moves to the house floor for debate once the legislature reconvenes this week.

Currently, Wyoming is one of just 6 states where marijuana use and possession remains entirely illegal.

Rep. Jared Olsen, a Republican from Cheyenne is sponsoring the bill and commented that the state could see an increase of more than $50 million in tax revenue in the first year of legalization with more 60% going to fund k-12 schools.

Opponents of marijuana legalization cite evidence of increased government spending for public safety, healthcare, and welfare costs, not to mention increased crime due to the influence of Mexican cartels.

Other concerns over the possible legalization include higher suicide rates among users as well as potentially higher traffic fatalities.