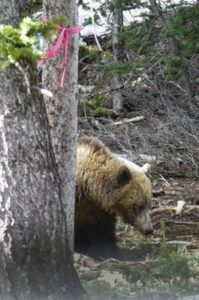 Yesterday, the U.S. Fish and Wildlife Service reinstated grizzly bears to the List of Endangered and Threatened Wildlife.

Grizzly bears in the United States and outside of Alaska are primarily found in six ecosystems, including the Greater Yellowstone area.

In June of 2017, the Service announced the establishment of a distinct population segment of Greater Yellowstone Ecosystem grizzly bears, determined that those bears no longer met the definition of threatened and removed the endangered species list.

The action to reinstate was taken to comply with a September 24, 2018, Montana District Court order.