SHERIDAN, WY— At 00:58 this morning, Sheridan Fire-Rescue responded to the area of E. 5th St. and Broadway St. for the report of light smoke around the roof of a building found by a Sheriff Deputy driving by.  Engine 2 arrived on scene at 01:03 and determined there was a structure fire at 201 E. 5th St.  at which time dispatch was requested to page all off-duty Sheridan Fire-Rescue personnel, Goose Valley Fire, and Rocky Mountain Ambulance for a structure fire response.  Sheridan Police, Sheridan County Sheriff, and Wyoming Highway Patrol assisted with traffic and pedestrian control.

While Engine 2 was repositioning near the hydrant, a scene size-up was completed to determine access points into the structure and the location of the fire, which, based on the smoke and heat was in the attic area and 2nd floor.   Incident command was established and all utilities were turned off.

Building keys were gathered from the on-site key box to unlock doors providing access into the structure and the initial attack team made their way to the 2nd floor with a charged hose line.  Initial investigation of the 2nd floor did not find any significant amount of heat or smoke.  The attic access was found and opened up revealing a fire in the attic space.  The interior crew directed their hose stream at the fire and initiated knock down.  At 01:34 the interior crew confirmed the fire was out and would begin checking for any fire extension.

MDU assisted with determining the electrical and natural gas hazards were eliminated.  Crews remained on scene for a few more hours making sure all affected areas had been exposed and there were no further smoldering embers to cause the fire to rekindle.  At 04:25 all crews had cleared from the scene. 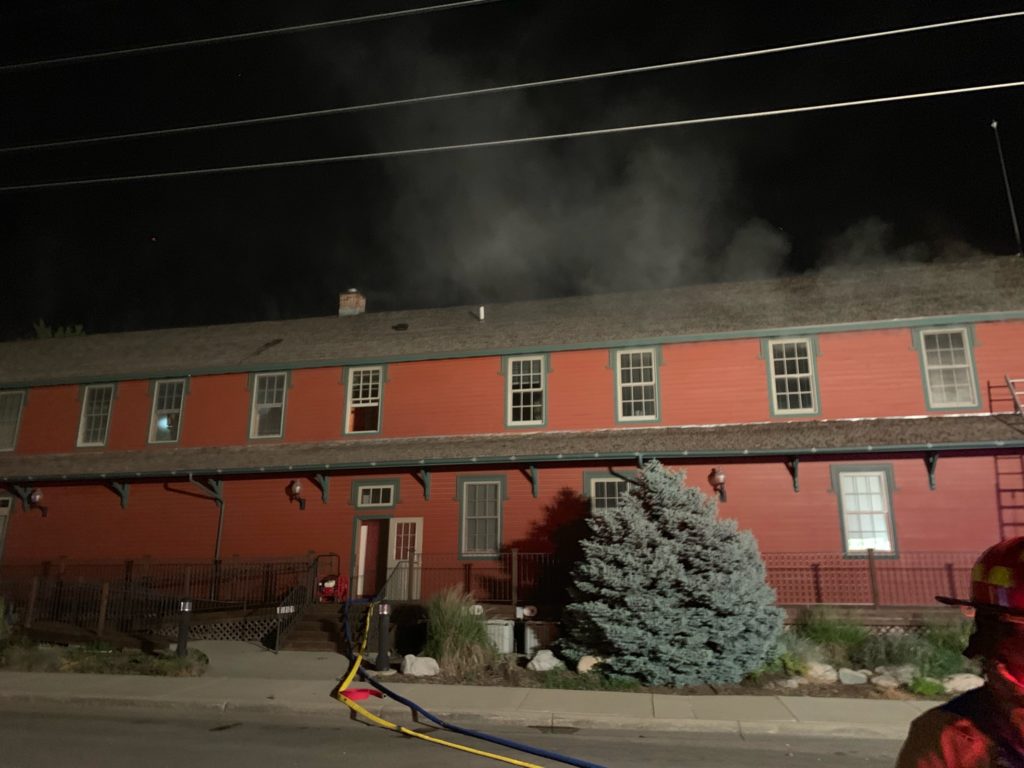