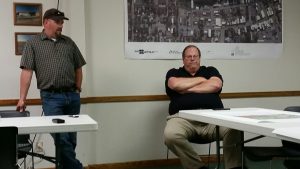 The much-anticipated training program for software coding has been rescheduled for January of next year.

Originally planned for a start date in September, the company Interapt is still working on finishing its financial package.

According to Buffalo Mayor Mike Johnson, one of the financial pieces that must be in place before the training would begin is a $400 per week stipend for each trainee…

Interapt CEO Ankur Gopal has been traveling the state in efforts to finalize the financial package that is necessary to bring his company to Buffalo.

Only two weeks ago, he made a formal presentation in Buffalo to Governor Mead’s ENDOW Executive Council for a significant amount of the funds needed.

Gopal’s company will be providing more than ¾ quarters of a million dollars to the project but still needs another $1.8 million.