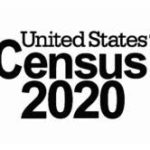 The City of Buffalo and Johnson County are making National Self-Response headlines with its citizen responses to the 2020 Census.

Buffalo’s 68% response rate was among the national leaders on Monday’s daily report.

Johnson County has ranked as high as second place in the nation earlier this week.

Statewide, Wyoming’s response rate was more than 60% as of Monday this week, far better than the national average.

Accurate reporting in the 2020 census is crucial as the numbers will be used for the next decade to fund local government services.