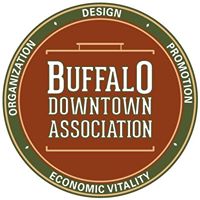 After waiting several months for the city’s assistance, Buffalo Downtown Association Board member Tyler Surrell made an impassioned but reserved plea to the city council for the installation of the Wayfinding signs…

A result of grant funding from a few years ago, the signage is intended to be a much-needed directional support for visitors and tourists to the city.

However, with the city’s public works department down more than 2 employees for most of 2017, only a handful of the signs have made it to the streets.

Surrell told the council that a second round of signage has arrived which makes the installation of the ones received in the spring all the more critical.

Mayor Mike Johnson agreed to work with the BDA to schedule a meeting between Public Works Director Les Hook and the BDA.