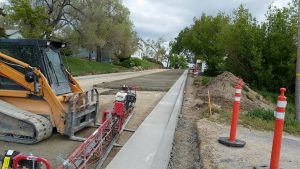 That portion of Lobban Avenue should be open by the end of the week.

Bennett also announced that work will begin at the busy intersection at Lobban and Fetterman with a yet to be determined detour around the intersection.